Rooted in Mexico
rich in history

At the intersection of craft and beverage, the story of Pura Vida Tequila dates back to 1923, when two brothers worked the agave fields outside Arandas in the heart of Mexico’s finest agave-producing region. Under the care of these vigilant agaveros, the fields of beautiful blue agave in Los Altos earned international acclaim for its exceptional quality, rich flavor, and high sugar content (the lifeblood of tequila). Here, among fourth-generation agaveros, the first expression of Pura Vida Tequila was brewing.

Enter Stewart Skloss, Pura Vida Tequila founder, who expresses his relationship to the company in terms of lineage and history. “We do not actually own Tequila Pura Vida,” says Stewart. “We’re just looking after it for the next generation.” Stewart refers to himself as a “Texican.” Born and raised not far from the Mexican border in Texas, he has an abounding love of both Texas and Mexico. This goes back to his younger days with his amigos in Nuevo Laredo, where they frequented the famed Cadillac Bar and drank the seductively satisfying Mexican elixir called tequila.

While living in Mexico and studying at Universidad Autónoma de Guadalajara though a University of Texas exchange program, Stewart began his real introduction to the subtleties and nuance of tequila.

One fateful day, while living in Guadalajara, Stewart and his friend Alfredo  traveled to the town of Tequila for a two-hour sampling at one of the local distilleries, they wound up trading Alfredo’s Volkswagen for two donkeys for the weekend. What started as a simple tasting turned into a two-day fiesta filled with elixir after elixir. This incited a fierce fire in Stewart to follow his dream of one day crafting the world’s finest tequila. The next logical step seemed to be to start a tequila, Dos Hermanos. This new venture lasted about two weeks. (Turns out Stewart had the attention span of a Mexican jumping bean in those days!) 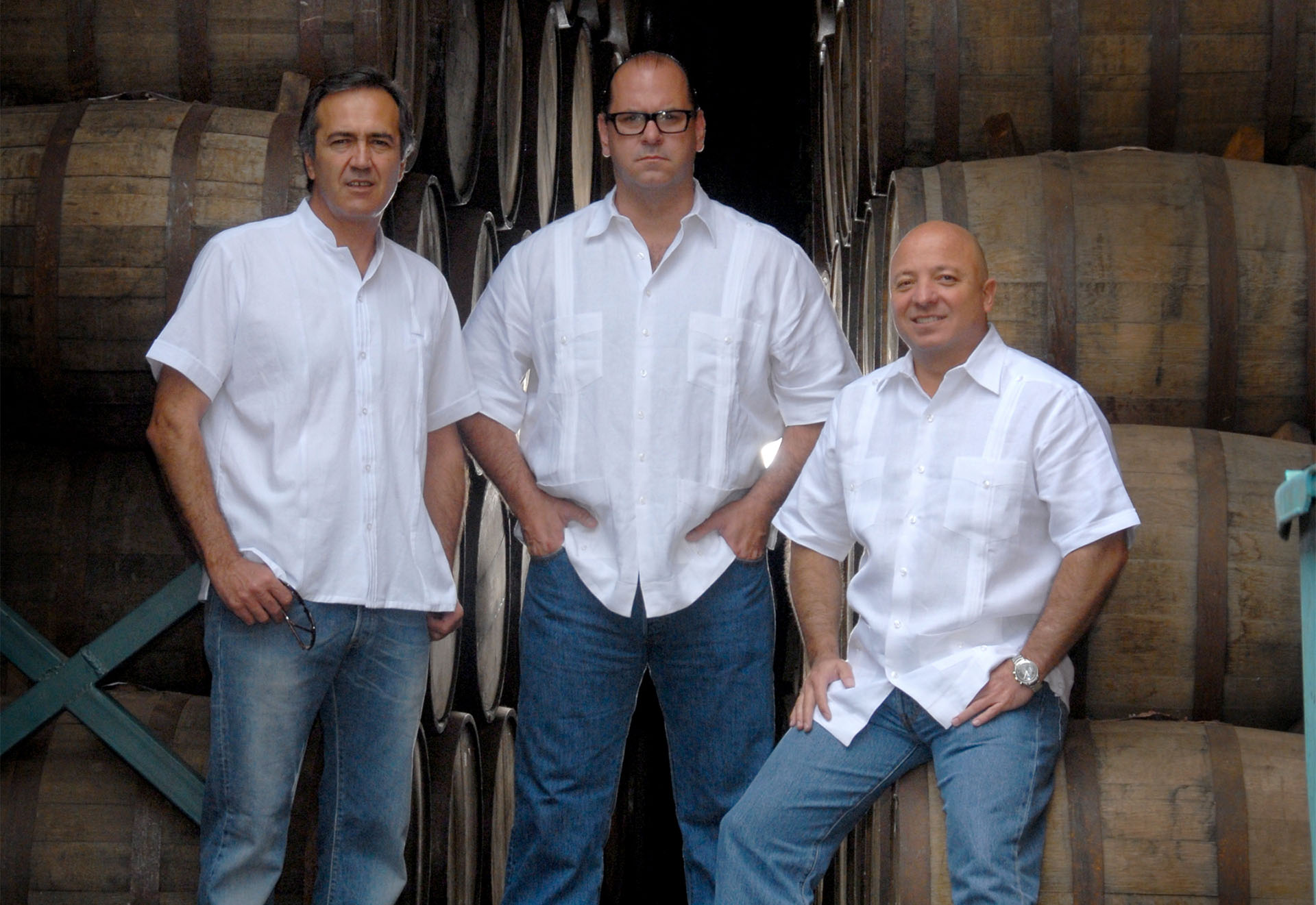 Fast-forward twenty-five years. Stewart was at dinner with John Paul DeJoria, Patrón founder and owner of Paul Mitchell and several other ventures. JP was one of Stewart’s business partners in another venture, and JP informed him he had just sold a piece of Patrón. “Didn’t you have a tequila company in your twenties?” JP asked. “You should have stuck with it!” Stewart responded, first and foremost, with a friendly expletive, and then Stewart informed him dinner was on JP…for life! JP laughed, said he could take that hit, and then grew serious. “Listen,” JP said. “You ought to do it again. I remember how much you loved Mexico, and I know you love tequila.” When Stewart said he couldn’t afford it, JP replied simply, “If you wait until you can afford it, you’ll never do it.” From that moment on, Stewart knew what he had to do.

He immediately traveled to Guadalajara, Mexico, and then traversed the nation for years in a quest to craft the ultimate tequila, or “El Primero.” Stewart learned all about what separates one tequila from another, including the importance of the purest, cleanest water when crafting the finest spirit possible. Armed with this knowledge and experience, he joined forces with the two brothers to develop the flavor profile for the first three expressions of Ultra-Premium Tequila Pura Vida. The knowledge he amassed and friends he made along the way helped Stewart do exactly what he’d dreamed of for years: produce “El Primero” for the world to enjoy. With his years of scouring Mexico and diligently tasting every type and style of tequila concluded, the years of building and expanding his predestined tequila empire had finally begun. All he needed now was a name for his ultimate creation. 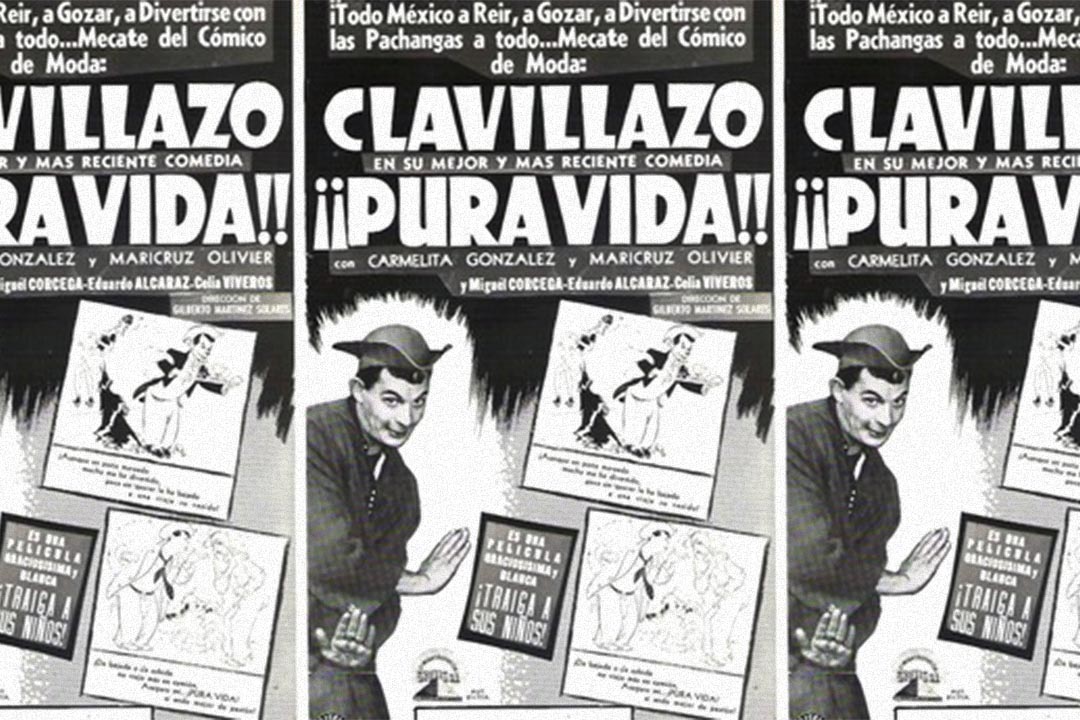 The saying “Pura Vida,” derived from a 1956 Mexican film, was perfect. Pura Vida—sometimes stylized as “¡Pura vida!”—encompasses everything a toast should be: to life, the pure life.

As the company matured, each iteration of the tequila gained awards and recognition. Stewart knew, though, he had to remain true to the original formulas and processes to achieve the organic flavor profiles of authentic perfection. Since water is the foundation of all spirits, the mountains of Mazamitla in Southern Jalisco were the perfect setting to source the purest water imaginable and, ultimately, to house the distillery, the highest in the world by elevation. Mazamitla offers a perfect combination of lush rain forest and cool mountain air, allowing for a ten-day fermentation and creating the perfect aging environment for the barrel rooms. In this picturesque setting, a true state-of-the-art facility crafts Tequila Pura Vida using autoclave ovens and triple distillation: twice in copper and once in stainless steel. Throughout this process—from farm to bottle, as Stewart and Kaitlyn Skloss say—the mariachi music that presides throughout the process, puts a little dance in every sip. 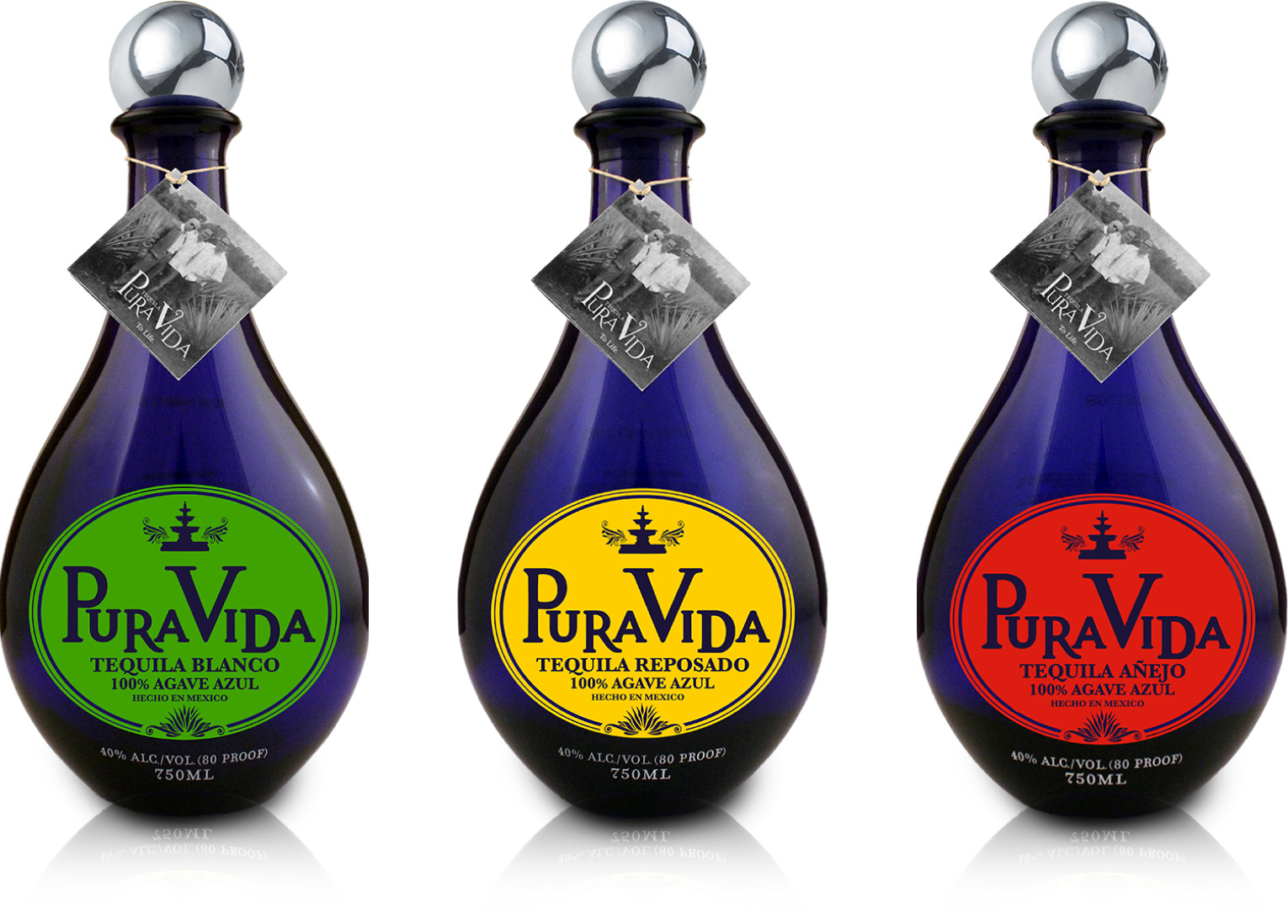 to the good life!
To the pure life!