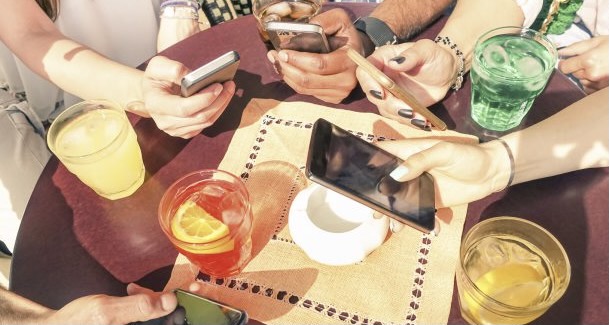 June 28, 2021
How Spirits Brands Can Up Their Social Media Game!

The spirits industry is increasingly turning to social media as its primary way of communicating with consumers. We explore how brands have stepped up their game, and name the Social Media Hero from our 2021 Brand Champions report.

In the face of lockdowns and social distancing measures brought on by the Covid-19 pandemic, platforms such as Facebook, Twitter and Instagram became increasingly crucial to daily life, connecting family and friends, providing entertainment and facilitating e-commerce. The escalating reliance on social media was reflected in the growing number of people using these platforms: 4.2 billion, a figure that rose by 13.2% in 2020 alone (Digital 2021 report by creative agency We Are Social and Hootsuite).

Over the past year, the global drinks sector also turned to social media as a primary means of communicating with consumers. With bars and restaurants closed in many places, and distillery tours on hold, spirits companies funnelled their marketing spend into digital.

Of course, the alcohol industry must also ensure that its marketing materials only reach consumers of legal drinking age - an important consideration as brands reworked their marketing strategies. To this end, the International Alliance for Responsible Drinking - a not-for-profit formed by 12 alcohol companies including Diageo, Pernod Ricard, Bacardi, Beam Suntory and Brown-Forman - released a series of videos outlining how producers can 'prevent minors from seeing alcohol marketing online' last year. Each video focuses on a different social media platform, providing step-by-step instructions on implementing safeguards such as age gates and responsible messaging.

Within this framework of accountability, spirits companies aimed to remain relevant by pivoting to stay-at-home messaging, and embracing each social media platform's unique features. Brands took advantage of the thirst for video content by hosting tastings and distillery tours on Facebook Live, and appealed to consumers with cocktail-recipe tutorials on Instagram Stories and how-to videos on IGTV. For many spirits companies, showing support for the on-trade was also a priority, and brands partnered with bartenders to run virtual happy hours and cocktail masterclasses on social media. Plus, as bars and restaurants reopened in some parts of the world, spirits companies championed venues by running campaigns to encourage dining and drinking out.

Social media channels have long been platforms for the advocacy of social and cultural issues, and over the past year, spirits brands added their voices to the mix more than ever before. In the wake of the Black Lives Matter protests, a number of companies took to Facebook, Instagram and Twitter to call for racial justice, show their support for the movement and publicly commit to addressing the need for diversity and inclusivity in their workplaces.
‍

But the last year also proved that spirits producers' silence on social media can be as powerful as their active presence. In June 2020, giants including Brown-Forman, Beam Suntory and Diageo joined more than 90 brands in a pledge to pause their paid advertising on social media for the month of July. The move was part of the Stop Hate for Profit campaign, a boycott to stop hate speech on Facebook. By autumn 2020, Facebook founder Mark Zuckerberg had extended the company's hate speech policy and had begun removing groups and users that discussed violence.

To evaluate the social presence of the world's million-case spirits producers, we reviewed brands' global accounts on three key platforms: Facebook, Instagram and Twitter. Photo-messaging app Snapchat and video-sharing network TikTok are often geared towards younger consumers, so we did not consider them in this assessment. Brands were judged on engagement figures, including the number of likes, shares, retweets and favourites, as well as the frequency, creativity and consistency of their posts.

Our 2021 winners stood out for their content's relevance to political, social and cultural issues; their imaginative campaigns; their smart celebrity partnerships; and their meaningful interactions with followers. We were particularly impressed with the way brands involved innovators from other sectors in their campaigns, from artists and designers to scientists and athletes.

Despite the year's challenges - or perhaps because of them - the social channels of these spirits brands proved to be fertile ground for creativity.