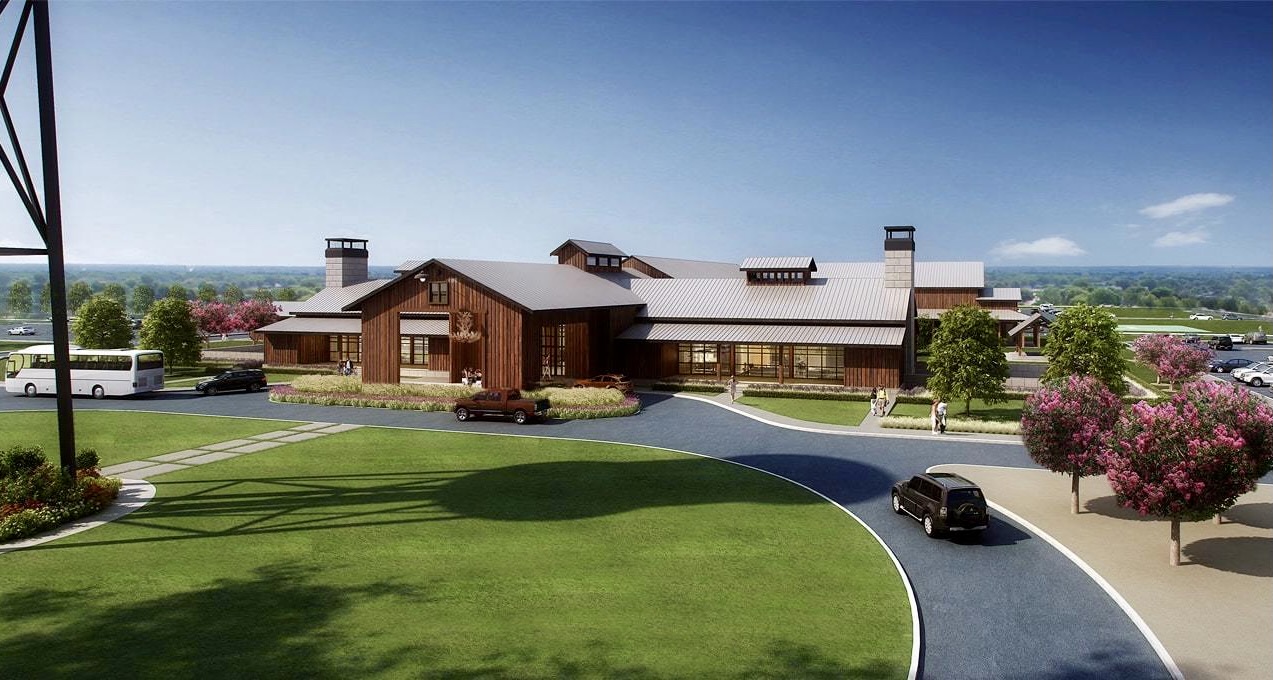 The 28,000-square foot Luckenbach Road Whiskey Distillery facility will sit on 117 acres and house a tasting room, a country store and more attractions for visitors and their families to explore.

Frontier Spirits chairman and founder Stewart Skloss will serve the same whiskey recipe created by his third-great-grandfather, Heinrich (Henry) Ochs, for the Buckhorn Saloon in Fredericksburg.

Runs in the family

In the process of starting his own whiskey distillery, Skloss reached out to the Gillespie County Historical Society, and Evelyn Weinheimer helped dig into his family roots and learn more about his family history and its connections to both alcohol and the Texas Hill Country.

“When I read what old newspapers and historical books have to say about my ancestors, it’s clear they left a profound legacy of good spirit, good cheer, good deeds and good products,” Skloss said, in a press release. “I can’t think of a more compelling legacy to uphold as we prepare to open Luckenbach Road Whiskey Distillery’s doors.”

Stewart and his wife, Kaitlyn Callaluca Skloss, have been working for the last five years on the whiskey and their plans for the distillery.

“We’re coming back to our roots,” Skloss said. “Fredericksburg is such a nice place, we’ve got so many great memories and we just felt it was the best place to raise a family.”

Not only is family a driving factor in concept and location, but Skloss also strives for the facility to be family-oriented.

“Although whiskey is not for children, we wanted to make it a family atmosphere and have enough land where people could come out, play and just have a good time,” Skloss said.

Brand has a background of more than 10 years making whiskey, and stems from a long line of whiskey makers – but he said his distilling career was by happenstance instead of being predetermined.

When he was looking for a job, Brand, a U.S. Army veteran and Purple Heart recipient, found part-time work with Garrison Brothers.

“I met Rev through Dan Garrison of Garrison Brothers,” Skloss said. He asked him if he could get anyone in the world to run their distillery, who would it be?

Even though Brand no longer worked for Garrison Brothers, he came highly recommended. “We got together and the rest is history,” Skloss said.

Brand described making whiskey as an “art form,” and emphasized the quality of people making the whiskey over anything else.

“First and foremost, I believe it’s the people, and the heart and the love behind it,” Brand said. He compared it to a home cooked meal, and its stark differences from something made in a restaurant.

“If your grandmother or your mother makes it, it tastes a whole lot better and it can be the exact same recipe,” Brand said.

Skloss said this emphasis on community is being carried over from Pura Vida production. “It’s kind of a continuation of what we started with the tequila,” he said.

“Because we like to say it puts a little bit of dance in every sip,” Skloss continued.

With a focus on good people and good whiskey, the distillery will reach out a helping hand to former members of the military.

“Any chance we can get to help our brothers or sisters out that are veterans, I’d love to hire them, but that doesn’t mean that you have to be a veteran for me to hire you,” Brand said.

At first, Brand will hire roughly 50 people to help the distillery launch, and he said veterans will receive priority in the hiring process.

More than a distillery

With all the history behind them and the plans they have for Luckenbach Road Whiskey, the facility’s architecture is taking a priority.

“What we’re building is what’s called a five-generation build, and it’s a build that will last 100 years,” Skloss said. “We have taken extra special attention to make sure the architecture is local architecture.”

Skloss said they needed architects that understood their intentions to make the facility an industrial site. “Meaning that it was a site where it was a working environment,” he said.

They also want the Luckenbach Road Whiskey Distillery facility to have the capacity for tours and other programs where tourists can interact with the whiskey distilling process.

At this rate, SKloss plans for the Luckenbach Road Distillery to be open to the public by late 2022.

In addition to their family for their love and support, Skloss and Brand wanted to thank their teams for their “unwavering dedication.”

Article provided by the Fredericksburg Standard