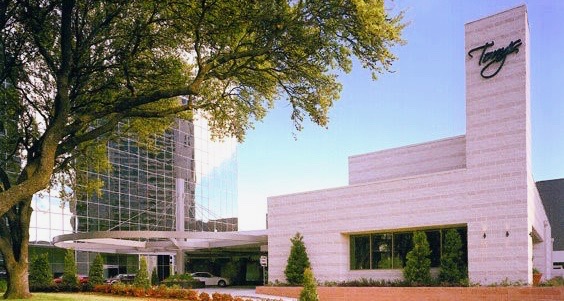 This month we celebrate Tony’s as our On-Premise Pura Vida Tequila Purveyor of the Month.

Celebrating 56 years, Tony's is renowned for outstanding flavors made with the best quality ingredients. Tony's presents fine dining Italian inspired by Naples, influenced by Milan and Cherished in Houston. Tony’s was founded by Tony Vallone in 1965 and is now under the direction and oversight of Donna Vallone, Chef Austin Waiter and General Manager, Eric Pryor.

Tony's has been open in Houston since 1965 on Sage Road. Tony cooked in the kitchen and bussed dishes himself back then, a work ethic he learned working in kitchens when he was just twelve.

Every U.S. President since Lyndon B. Johnson has dined at Tony's, including one unforgettable night three decades ago. It was 1989, and Tony's was the scene of a star-studded party at the unofficial end to the 1980's oil bust. That night, former President Richard Nixon dined with future President Donald Trump after a gala honoring the wife of then-governor John Connally. It was one of President Nixon's first public appearances since his resignation.

Tony Vallone was born in and raised in the Third Ward; his father, Vincent, was a restaurateur. Vallone was only twenty when he opened Tony’s in 1965 on Sage Road. Tony’s, which soon moved to its longtime home on Post Oak Boulevard, was an old-school, upscale Italian and French restaurant in a time when glamour was the rule and celebrities always looked like they were about to walk down the red carpet at the Oscars. It wasn’t just the locally rich and famous, like millionaire socialites Lynn and Oscar Wyatt; it was Hollywood stars like Zsa Zsa Gabor and Roger Moore, rock stars like Mick Jagger, real royalty like Princess Grace of Monaco, and presidents, starting with Lyndon B. Johnson. A pastry chef who worked at the restaurant in the nineties remembers, “There were always kings and princes eating there—and presidents. Mister Vallone was very picky about every single thing. He was in the kitchen all the time, tasting the sauces. He knew food, and he knew what he wanted.

Tony's is still at the top of the game thanks to spectacular New American and Italian creations featuring fresh, high-quality ingredients in thoughtful and delicious combinations; and with unmatched service and a setting adorned with abstract works from boldface artists. Pura Vida Tequila is honored to be one of Tony's vast and highly curated bar selections. ‍

For more information, hours and menu selections, take a look at their website and plan your next visit!