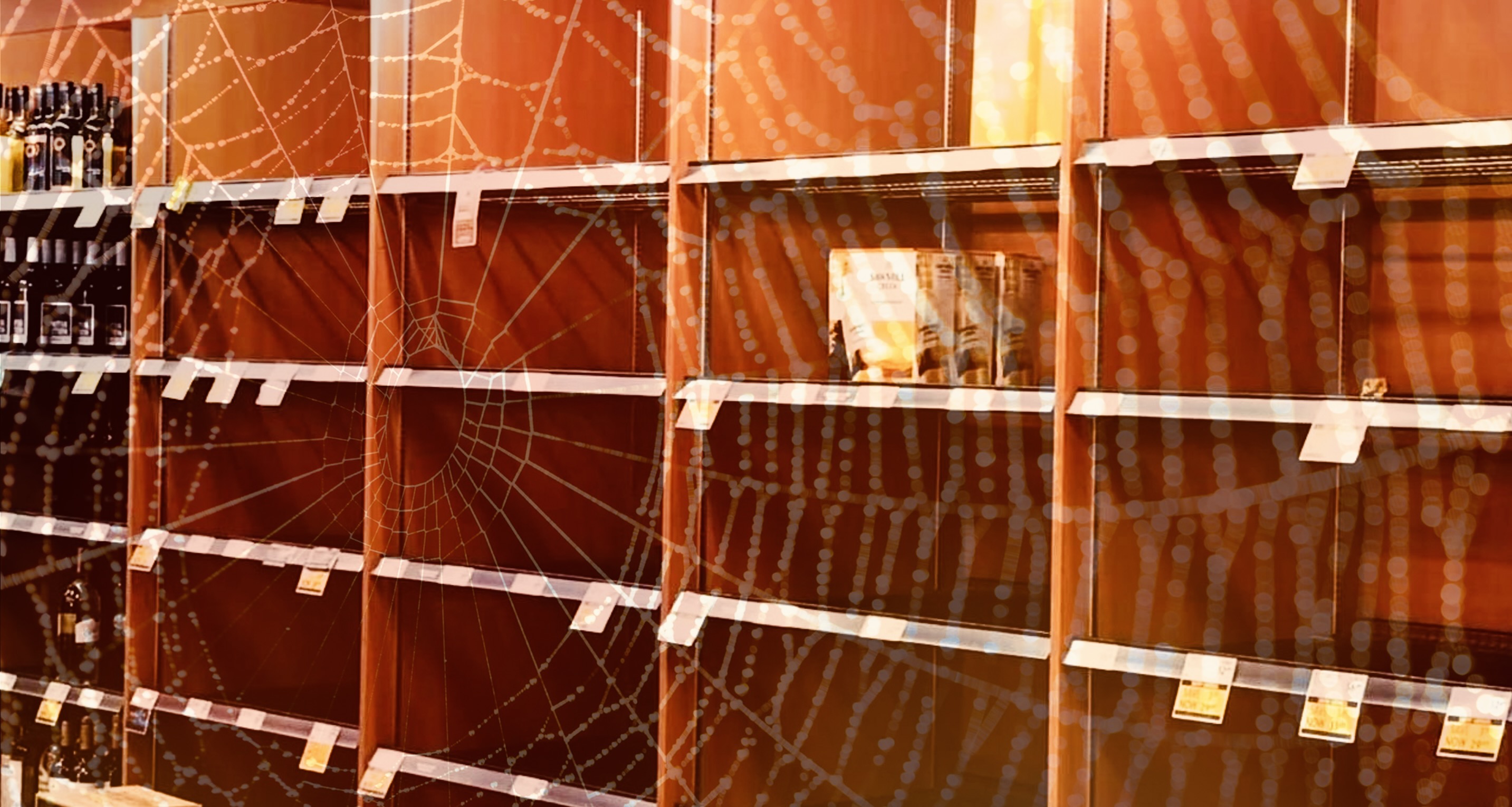 States throughout the US have experienced alcohol shortages after COVID lockdown restrictions lifted as consumer demand for booze spikes, supply chains dry up and shipping costs for pricey imports skyrocket.

Last week, the Pennsylvania state consumer liquor board made an announcement that limited two bottles of select alcohol brands a day per customer.

In Virginia, customers are only allowed to purchase one bottle of select liquors per day.

Meanwhile, in North Carolina customers frequenting liquor stores are being greeted with 'out of stock' signs as well, according to WTVD,

'I don't think anybody saw the kind of demand that we're seeing right now - particularly in those high-end and super-premium products - coming,' said David Ozgo, chief economist of the Distilled Spirits Council of the United States.

Ozgo said the inventory issues are affecting every aspect of the alcohol beverage supply chain, with some alcohol distilleries finding it difficult to source glass for bottle-making.

And in many states, restaurants and bars are dealing with a lack of truck drivers to deliver the alcohol.

Importing spirits from overseas has become a pricey endeavor as well due to increasing prices for international shipping, NPR reports.

To make matters worse, most liquors take time to age and distill, in many cases years or even decades.

'So all along the line, you almost have a compounding effect,' Ozgo added.

Towards the beginning of the pandemic, NPR reported on an October 2020 study that found Americans over the age of 30 were drinking 14 percent more often during the pandemic than they were beforehand, which lead to liquor stores being light on inventory before closing altogether after lockdowns.

But nearly a year later, Vermont, New Jersey, Ohio, Pennsylvania, Virginia, North Carolina and more are still reporting alcohol shortages, and it's unclear when the supply will be able to meet demand, according to NPR.

The Pennsylvania Liquor Control Board said the purchase limit will include the likes of Buffalo Trace bourbon, Hennessy Cognac and Patrón tequila, and will remain in place for the 'foreseeable future,' the outlet reports.

This most recent statewide policy change in Pennsylvania will affect millions of residents, as the state government controls the sale of alcohol and operates all of the commonwealth's retail liquor stores.

'[W]e believe the shortages are out of their control,' Chuck Moran, executive director of the Pennsylvania Licensed Beverage and Tavern Association, said of the state's liquor retailers and distributors.

Moran added that most often, it's the small businesses that will suffer the most when the alcohol supply chain runs dry.

'Unfortunately, since taverns and licensed restaurants - as well as the general consumer who walks into a state liquor store - are at the tail end of the chain, it does have a negative impact.