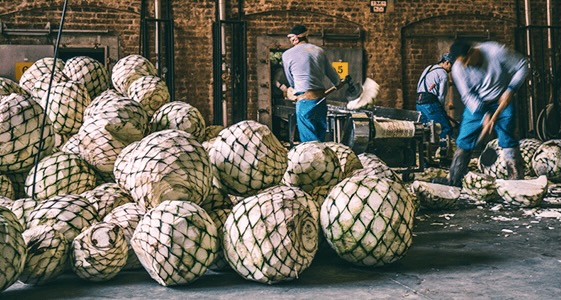 September 2, 2022
Why Are Tequila Prices Continuing to Skyrocket?

For the last year, the team at Wine & Spirit Intl. Ltd has been warning our clients that tequila prices are going up in Mexico, as a result of the diminishing availability of agave which is crushed, fermented and then distilled to make Tequila.

About every 10-12 years, there seems to be an agave shortage in Mexico. Last time it started unexpectedly, almost out of the blue with 3 factors blamed on the shortage, a snow storm (almost unknown weather in Jalisco) which ravaged some agavé plantations, rising world demand and limited supply, and a disease known locally as ‘Cida del agave’ literally agave Aids, which is usually caused by a fungal infection, often started by an insect bite which permits fungal entry afterwards.

When this Agave shortage last happened about 12 years ago, prices shot up over the period of 18 months from around 0.03 pesos a kilo to over 17 pesos a kilo !! … ie still more than double present prices), and plantations were even hiring armed guards to watch over the agave to prevent midnight thefts from the fields. Many brands disappeared from the shelves, as producers couldn’t find agavé at a commercial price, and a new ‘player’ came about  into the Tequila business, known locally as ‘coyotes’ ;  guys who would ‘find’ agave (no one asked too many questions !) , and many made so much money in a short time, that they could be seen riding into Arandas town on new saddles & belts encrusted in solid silver. The Coyotes are coming back…

The 12 year cycle usually starts with the price going down in the plantations … only 2  years ago, they were saying the low price of agavé makes it cheaper to leave it rot in the plantations, (if not immediately needed), than to pay a man to cut it and bring it into the distillery. Then the talk changed to “… the ‘alleged agave shortage’ is a trick by the large producers, to push up prices. “… The big distillers are all sitting on huge inventory of liquid and there’s plenty in USA in bulk”.

Then all of a sudden the prices really did start increasing.  As a measure of the increases , two years ago, a kilo of cropped agavé sold for 25 centavos (0.25 pesos) a kilo, then a year later it had risen to 40 centavos a kilo, and another year later, the same product is selling 6.5 pesos a kilo!  (Still far below the 17 pesos of 12 years ago…so far!)

To make it even worse, despite the best efforts of CRT (the Official body regulating the Tequila industry and practices), when the price of agavé increases massively, it is inevitable that agave from areas outside of the permitted zones of the 5 nominated Tequila states, will find their way north from Yucatan and Oaxaca into Jalisco, and (illegally) get made into Tequila. Usually this out of zone agave is a different sub-species, such as Agave Espadin, and Agave Henequen etc.

As a result of this, the price of agave has hugely increased in Oaxaca where most of the Mezcal comes from. Of course this then has a knock-on effect and so the price of Mezcal is also increasing dramatically.

I advise my friends that given the banks offer around 1.7% interest rates on deposits, then an investment in Tequila (and also Scotch whisky) makes a lot of sense.  We KNOW that prices are rocketing, and with a world-wide interest in Tequila, this becomes a very valid investment for short term profits! Of course, we should like buyers to invest in our ultra-premium brand Villa Lobos Tequila produced by the renowned Carlos Camarena, but in truth any 100% agave tequila must appear a valid investment.

The CRT is trying to control Agave production by introducing strict rules about what agave may be planted and keeping records, however when the prices rocket, and producers are running short of raw material to ferment and distill, then the finer points of official and unofficial can become, blurred.

In fact, Tequila is massively underpriced and could never operate at these price levels in Europe or USA for example. Unlike Cider, Beer, Wine, Whisky, Cognac etc. which can expect annual cropping, it takes around 8 years for the agave to mature and is then cut down, and the grower has to wait another 8 years for a paying crop ! When it IS ready, the grower currently receives around 6 pesos a kilo for the cropped ‘Pina’ (looking like a massive pineapple), and that is after cutting off the long spikey leaves and root stump. A 50 kilo Pina might therefore net approximately 300 pesos (approx. $23 US) which after planting, tending and cropping over an 8 year term, is not exactly rich pickings.

It would be an interesting project for an economics student to work out what would be a commercial cost for producing Agave in say the hot dry parts of Spain, and compare this with current prices in Mexico. I would be astonished, if it were not at least treble the price.

Mexico has worked out a very Mexican solution to this shortage, by having a category of Tequila known colloquially as ‘mixto’ (mixed) or more accurately as 51/49 because is may be produced using a minimum of 51% real agave, and maximum of 49% sugars from almost any other source, except other forms of agave. This has always struck me as really weird. Can you imagine the Scotch Whisky Association allowing a category of Scotch called ‘Mixed Scotch’ which may be minimum 51% made from genuine Scottish cereals and up to 49% made up of sugar from sugar cane, beet, any other source, perhaps even agave? Sounds ridiculous doesn’t it.

Speaking to Carlos Camarena, one of the most celebrated Tequileros in Mexico at La Alteña distillery, he says that 12 years ago, prices went up to 17 pesos a kilo, and he could easily imagine prices going even higher this time. He says the agave thefts have now started again, and he has to hire armed guards to protect his plantations, and the tequila industry is going through one of it’s regular swings of feast-to-famine. Caramba!