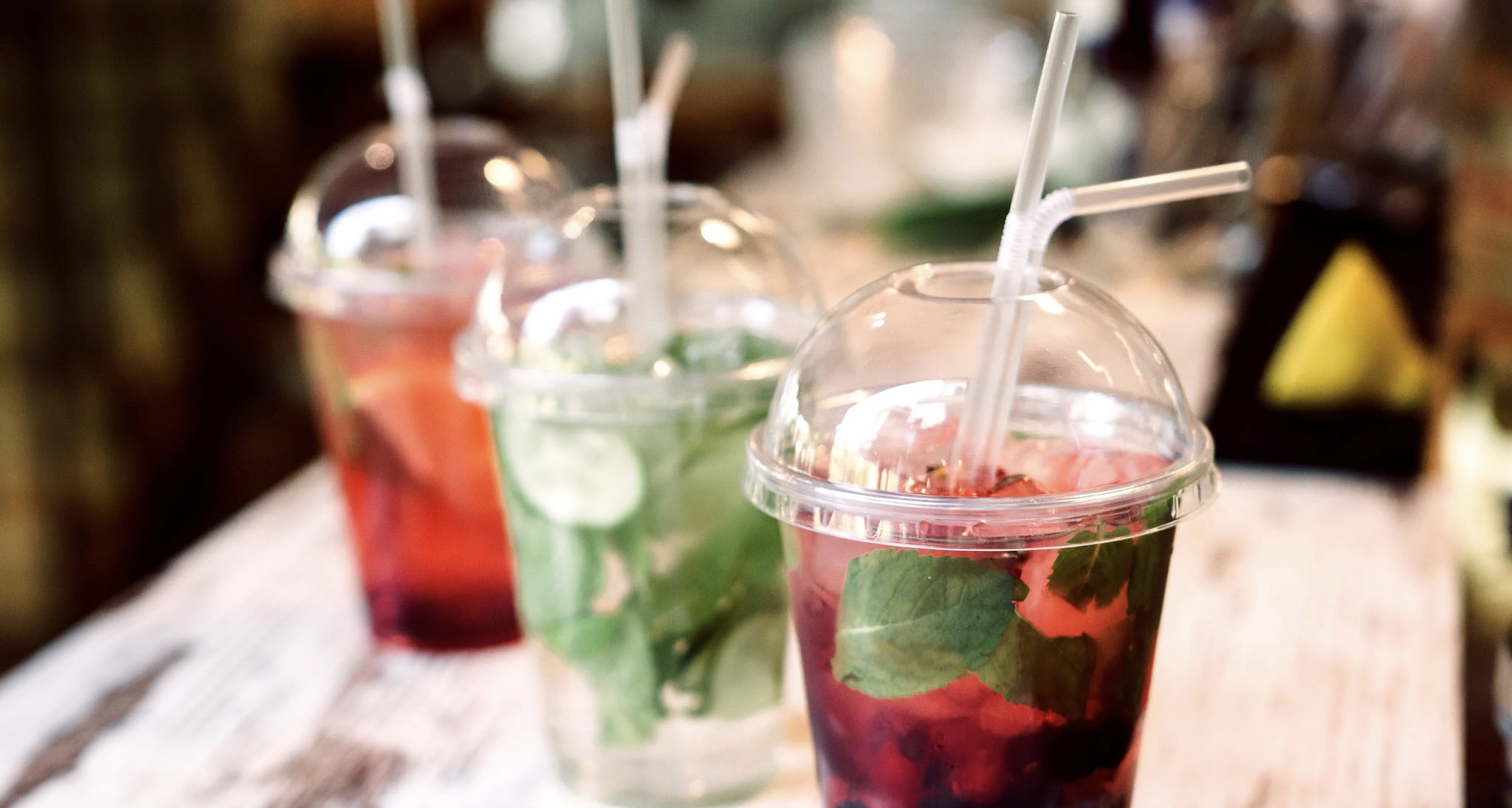 April 26, 2022
Will States Continue to Ease Restrictions on Alcohol Sales?

New York Governor Kathy Hochul (D) announced on April 9 that the FY 2023 state budget will include a provision to permanently permit to-go sales of beverages containing alcohol. Far from being an outlier, Governor Hochul's announcement was the latest in a long series of decisions made by governors and state legislators over the past two years to loosen restrictions on the sale of beer, wine, and spirits. 35 states eased regulations during the pandemic to allow bars and restaurants to sell beverages containing alcohol to-go. Lawmakers in 17 of those states have since passed legislation to permanently permit to-go sales of adult beverages, with Governor Hochul's announcement making New York number 18.

Other state-imposed limitations on the sale of alcohol stand to be repealed in the future. For example, only seven of the 50 states still have laws on the books, commonly referred to as "blue laws," which prohibit the retail sale of whiskey, vodka, gin, rum and other distilled spirits on Sundays. But that number could drop from seven to six if South Carolina legislators send House Bill 3013 to Governor Henry McMaster's desk this year.

HB 3013, if enacted, would let localities across South Carolina put the matter up to a vote, allowing residents to decide for themselves whether or not they would like the retail sale of spirits to be permitted in their communities every day of the week instead of just Monday through Saturday. South Carolina lawmakers failed to pass HB 3013 out of the House by the crossover deadline on April 10, meaning that the bill cannot move forward this year and will need to be refiled for introduction in 2023. Yet South Carolina lawmakers could still permit Sunday retail sales of spirits this year by amending HB 3013 into another bill that passed out of one chamber before the crossover deadline. Two other nearby states, Georgia and Tennessee, passed legislation in recent years to permit Sunday retail spirits sales. If South Carolina lawmakers were to follow suit, polling shows that it would be a popular reform to approve in an election year.

Polling conducted in August of 2021 found that a majority of South Carolinians from all political persuasions support allowing localities to put the matter of Sunday spirits sales up to a vote of the people. The leading opposition to HB 3013 comes from package store owners who don't wish to operate on Sundays. Yet enactment of HB 3013 would not force any stores to open on Sundays, nor would it force communities to permit Sunday retail spirits sales. HB 3013 would simply allow localities to put the issue up to a vote of the people.

South Carolina is a state where lawmakers are familiar with the benefits that come with lifting restrictions on alcohol sales that have been unnecessarily imposed by state government. Led by Senator Sean Bennett (R-Summerville), in 2014 the South Carolina Legislature enacted a reform that increased the amount of product that South Carolina breweries are able to sell on site, permitted to-go sales, expanded permitted hours of operation, and allowed breweries to sell food and alcohol other than beer.

"I am a fan of entrepreneurism and small business. I hate to see government obstacles that impede growth," said Senator Bennett about the motivation for that 2014 reform, which evidence suggests has been a an economic boon to communities throughout South Carolina. Since those restrictions on brewers were lifted, the number of breweries in South Carolina rose by 206% in matter of five years, rising from 31 to 95. In light of this success, distillers understandably approached Senator Bennett about passing the same sort of reforms for their industry that were enacted for craft beer makers.

"When the distillers approached me, I agreed that we needed to level the playing field for them the same way we did for the brewers," said Bennett. "We had done all the heavy lifting a few years before while passing the beer bills; it was much easier to convince my colleagues about why it made sense to change these laws.We have seen a whole lot of success on the brewery side since we passed the bills, so I fully expect to see the same results on the distilling side."

South Carolina distillers were able to get their sought after reforms enacted in 2019, when they were amended into another bill to permit on-site wine tastings. That bill was driven by the decision of E&J Gallo Winery, the largest wine maker on the planet, to open of a major bottling and storage facility in South Carolina. That bill signed into law by Governor McMaster in 2019 permitted distillers to expand their operations in the following ways:

Raised the amount of spirits that can be sold for off-site consumption to 4.5 liters or 6 bottles. The previous limit was 2.25 liters or 3 bottles.

Permitted distilleries to offer food and alcohol other than spirits.

Raised tasting limit from 3 oz to 4.5 oz, eliminated that cap when if food is being served.

A few years before those 2014 and 2019 reforms, one of the nation's most arcane regulations on alcohol sales was lifted by South Carolina legislators. For more than three decades, beginning with the passage of a 1973 law, bartenders in South Carolina were forced to make all mixed drinks using mini-bottles, commonly referred to as "airplane bottles."

That mini-bottle mandate finally came to an end in 2006 with the passage of legislation repealing it. "Believe it or not it was quite contentious," said former Governor Nikki Haley of the decision to end the airplane bottle requirement. "It was a huge debate, but the mini bottles finally went away. I was a big supporter of the move. But really, tourism is what changed that, because you couldn't sit there and sell South Carolina to the world and tell people to have a great time here, and then also have them pay 15 dollars for a drink because it required so many mini bottles to make it. That was the basis for the change, and South Carolina is better for it."

It's not like South Carolina's blue law is stopping the sale or consumption of spirits on Sundays. South Carolina residents and visitors to the Palmetto State can enjoy spirits at a bar, restaurant, or distillery on Sundays; they just can't buy the product at retail to bring home.

Just as the mini-bottle mandate made it difficult, as former Governor Haley put it, to "sell South Carolina to the world," the prohibition on Sunday retail spirits sales also sends what many believe is the wrong message to convey about South Carolina. Does South Carolina want to be the sort of state where residents and visitors don't have the freedom to stock up on their favorite spirit before the weekend comes to a close simply because state government says so?

"I saw first-hand from abroad how outdated South Carolina laws create barriers in business and stand in the way of people investing in our state," said Ed McMullen, a South Carolinian who served as the United States Ambassador to Switzerland from 2017 to 2020. "Also, my personal investment in a vineyard which uses a byproduct to produce distilled spirits abroad has given me firsthand knowledge on how these laws negatively impact business."

"We need to reinforce the image that South Carolina is open for business," added Ambassador McMullen. "House Bill 3013 is a simple, sensible step in the right direction - the widely embraced, easy-to-understand building block that creates positive economic momentum across the state."

South Carolina residents and visitors no longer have to wait for a bartender to open a bunch of airplane bottles when mixing their cocktail, they can get food and a broader array of adult beverages when visiting breweries and distilleries across the Palmetto State, but they're not allowed to restock anything in their home bar on a Sunday. That antiquated restriction, however, may soon go the way of South Carolina's old mini-bottle mandate.