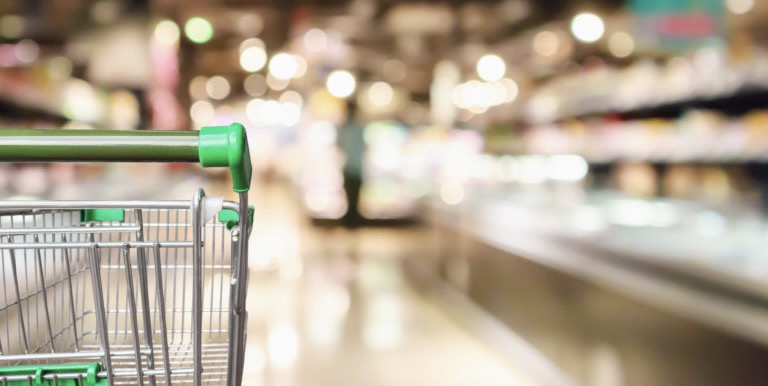 The coronavirus pandemic and its ripple effects have snarled supply chains around the world, contributing to shipping backlogs, product shortages and the fastest inflation in decades.

But in a report released Thursday, White House economists argue that while the pandemic exposed vulnerabilities in the supply chain, it didn't create them - and they warned that the problems won't go away when the pandemic ends.

"Though modern supply chains have driven down consumer prices for many goods, they can also easily break," the Council of Economic Advisers wrote. Climate change, and the increasing frequency of natural disasters that comes with it, will make future disruptions inevitable, the group said.

White House economists analyzed the supply chain as part of the Economic Report of the President. The annual document, which this year runs more than 400 pages, typically offers few new policy proposals, but outlines the administration's thinking on key economic issues facing the country, and on how the president hopes to address them.

This year's report focuses on the role of government in the economy, and calls for the government to do more to combat slowing productivity growth, declining labor force participation, rising inequality and other trends that long predated the pandemic.

"The U.S. is among and remains one of the strongest economies in the world, but if we look at trends over the last several decades, some of those trends threaten to undermine that standing," Cecilia Rouse, chair of the Council of Economic Advisers, said in an interview. The problem is in part that "the public sector has retreated from its role."

The report dedicates one of its seven chapters to supply chains, noting that the once-esoteric subject "entered dinner-table conversations" in 2021. In recent decades, Ms. Rouse and the report's other authors write, U.S. manufacturers have increasingly relied on parts produced in low-cost countries, especially China, a practice known as offshoring. At the same time, companies have adopted just-in-time production strategies that minimize the parts and materials they keep in inventory, in an attempt to maximize returns to shareholders.

"Because of outsourcing, offshoring and insufficient investment in resilience, many supply chains have become complex and fragile," they write, adding: "This evolution has also been driven by shortsighted assumptions about cost reduction that have ignored important costs that are hard to turn into financial measures, or that spilled over to affect others."

In the report, the administration cited its efforts to identify weaknesses in supply chains for key products like semiconductors, electric-vehicle batteries, certain minerals and pharmaceutical products, and to bolster American manufacturing through expanded federal purchasing and other investment.

"The public sector can be a partner of the private sector, rather than a rival," the report said.

And in a blog post Thursday, Sarah Bianchi, the deputy U.S. trade representative, said that trade negotiators had been working with officials in Canada, Mexico, the European Union, South Korea, Japan, Britain and elsewhere to identify and address bottlenecks in supply chains.

But some economists have noted that making supply chains more resilient could carry its own costs, making products more expensive when inflation is already a major concern.

Adam S. Posen, the president of the Peterson Institute for International Economics in Washington, said the pandemic and Russia's invasion of Ukraine might lead companies to locate at least some of their supply chains in places that were more politically stable and less strategically vulnerable. But pushing companies to duplicate production could waste taxpayer dollars and introduce inefficiencies, raising prices for consumers and lowering growth.

"At best you're paying an insurance premium," he said. "At worst you're doing something for completely political reasons that's very economically inefficient."

What is inflation? Inflation is a loss of purchasing power over time, meaning your dollar will not go as far tomorrow as it did today. It is typically expressed as the annual change in prices for everyday goods and services such as food, furniture, apparel, transportation and toys.

What causes inflation? It can be the result of rising consumer demand. But inflation can also rise and fall based on developments that have little to do with economic conditions, such as limited oil production and supply chain problems.

Where is inflation headed? Officials say they do not yet see evidence that rapid inflation is turning into a permanent feature of the economic landscape, even as prices rise very quickly. There are plenty of reasons to believe that the inflationary burst will fade, but some concerning signs suggest it may last.

Is inflation bad? It depends on the circumstances. Fast price increases spell trouble, but moderate price gains can lead to higher wages and job growth.

How does inflation affect the poor? Inflation can be especially hard to shoulder for poor households because they spend a bigger chunk of their budgets on necessities like food, housing and gas.

Other economists have emphasized that global supply chains are not always a source of fragility - sometimes they can be a source of resilience, too.

Ngozi Okonjo-Iweala, the director general of the World Trade Organization, said in an interview that the world had been seeing a trend toward the decentralization of manufacturing and production, in which supply chains were moving out of China into Vietnam, Laos, Cambodia, Bangladesh, Ethiopia and other countries. That is an opportunity to diversify supply chains and bring poorer countries into the global trading system, allowing them to reap the benefits of globalization, too, she said.

Rather than reeling in supply chains to concentrate them in developed countries, she said, businesses are doing more "nearshoring" - shifting to low-cost but less distant countries - as well as pursuing risk-mitigation strategies like building up inventory.

Ms. Rouse, the White House economic adviser, said that while it could make sense to promote increased domestic production of some critical components such as computer chips, the Biden administration was not pushing to reverse offshoring entirely.

"We don't need to make everything here," she said. "We understand that would be excessively costly and unnecessary."

But despite their emphasis on the public sector's role in the economy, the White House economists recommended only modest steps that the federal government could take to strengthen supply chains. They suggested that the government help aggregate and disseminate data that could make it easier for companies to understand their supply chains and identify weaknesses. And they said the government could encourage domestic production of products that were vital for national security or other core interests. Independent experts said those steps could be useful, but were unlikely to solve the problems outlined in the report.

"The short answer is there's no easy answers," said Chad P. Bown, a trade economist and senior fellow at the Peterson Institute.